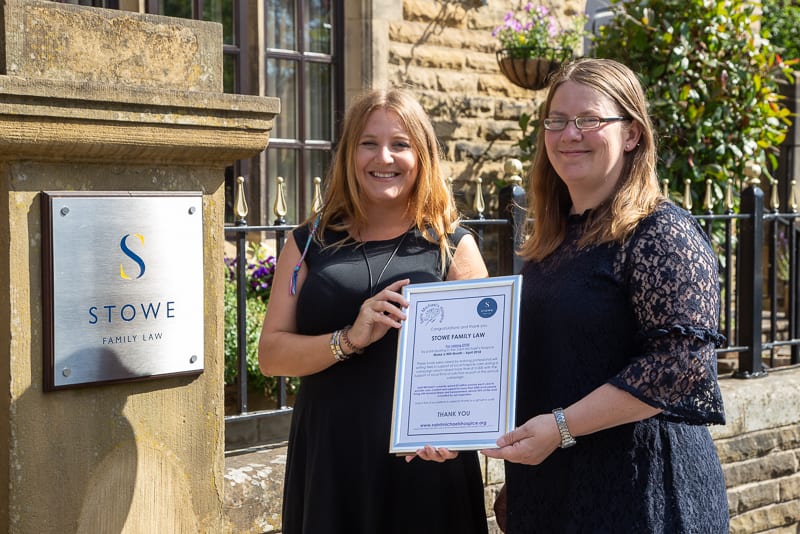 The Stowe Family Law office in Harrogate has raised over £1000 for local charity Saint Michael’s Hospice in its Make a Will Month campaign.

Running throughout April, the campaign saw nine local law firms offer people the chance to have their will made or reviewed for a donation to the hospice instead of paying the usual professional fee.

Saint Michael’s Hospice is an independent charity that supports local people affected by terminal illness and their families. Opened in 1989, the hospice provides care to more than 2,000 people from the community every year and is an invaluable support to patients, their friends and families at what can be an incredibly stressful and difficult time.

“It’s an honour to once more support Saint Michael’s Hospice Make a Will month. Death is a difficult and emotive subject to discuss in a family but having a will drafted professionally can bring great peace of mind. Once complete people often give a sigh of relief as they know that they have taken care of the people and things that matter most to them.

Saint Michael’s helps so many families in our community and it is humbling to know that we can play a small role in supporting this charity and the great work that it does.

Thanks go to everyone who has supported this scheme and donated so generously.”