You are here: Home » Team Members » Helen Miller
We remain open for new business during the COVID-19 outbreak. Call to arrange a virtual consultation at a time to suit you. For COVID-19 guidance click here.
< Back to Team 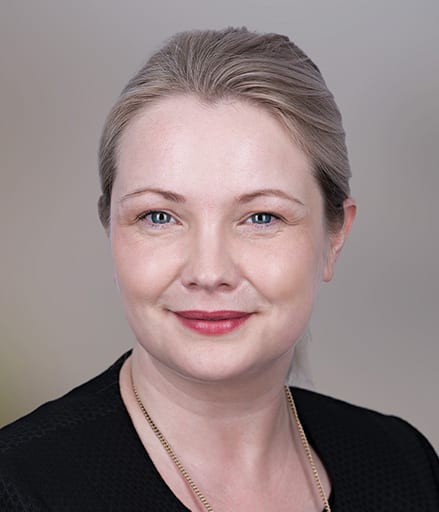 Hardworking and tactically minded, I combine knowledge and experience with empathy to ensure my clients know they are in safe hands and supported. The Legal 500 describes me as a family lawyer who ‘shows outstanding commitment to her clients’.

For over 18 years Helen has practised in and around Manchester, exclusively in family law.  In 2008 Helen was accredited as a family law specialist by national family law organisation Resolution, with particular expertise in financial divorce settlements, and disputes between parents or relatives over the arrangements for children, post-separation.  Helen went on to develop her practice, focussing on achieving out-of-court settlements in complex and high net worth cases, and in 2018 she was awarded the Law Society’s prestigious Advanced Family Law Accreditation, in complex financial disputes.  Helen brings a wealth of experience in dealing with a wide range of family law issues.

Helen’s work on complex financial settlements on divorce or separation often involves the valuation family businesses both in the UK and overseas, as well as understanding family trusts, and identifying or locating overseas/off-shore assets. Helen has extensive experience resolving these issues, working alongside experts from other fields including forensic accountants, property valuers and pension actuaries. Having worked in the North-West for many years Helen has built good working relationships, not only with local experts from outside the law, but specialist family law barristers and other solicitors.

In addition to resolving issues relating to the arrangements for children, which includes advising and representing at court parents, step-parents, same-sex parents and grandparents, Helen also regularly advises in relation to nuptial or separation agreements, and disputes between former cohabitees in relation to finances including property.

Originally from Cheshire, Helen attended Sandbach High School for Girls and then the University of Birmingham, where she read English, graduating in 1998. Helen then converted to law and took the Common Professional Examination at Chester College of Law in 1999, followed in 2000 by the Legal Practice Course for which she was awarded a Distinction. Helen secured a training contract with a prominent Midlands practice before returning to the North West, initially in Altrincham, on qualifying as a solicitor in 2002.

Early in her career Helen spent over seven years working at a top tier Manchester city centre law firm, assisting an eminent practitioner from whom Helen learnt much, not only about family law, but also business acumen and excellent client service. Subsequently, Helen has been exclusively Cheshire-based, covering areas including Wilmslow, Alderley Edge, Prestbury, Sale.  Since joining Stowe in 2015, Helen has been based in Hale and Altrincham, and was promoted to Managing Partner of the Altrincham office in June 2017.

Helen’s approach is pragmatic and outcome-focussed.  Where possible, she strives to achieve out-of-court settlements for her clients, recognising that this is usually the less costly, and less stressful, route.

Robust in seeking the best outcome for her clients, Helen recognises however that this is different for every individual, and that often the key is to prioritise non-financial aims such as the welfare of any children involved. In all disputes, there is a balance to be struck and well-considered advice provided, so her clients remain in control of the process.

Tenacious when required, Helen is mostly praised by her clients for her empathy, her unwavering support and her focus on protecting vulnerable parties from the impact of family breakdown.  Helen works closely with local counsellors and mediators, promoting communication and achieving lasting agreements.

“shows outstanding commitment to her clients”

Helen is interested in finding creative ways to manage modern life.  When time permits Helen likes to sketch and paint, and does needlework.  Adopting a holistic approach including eastern teachings such as Fung Shui, and the meditative art of gardening, Helen is also working on developing her yoga practice, attending classes and workshops.

Having studied English at university, Helen is a keen reader and constantly working (in her head) on composing her first novel.

As a mum of two young girls, much of Helen’s time outside the office is occupied with managing their social lives … But she wouldn’t change a thing.

“
Professional and reliable. The outcome we wanted was achieved and I am happy with the value and the service I received.
Mr L
Helen is very professional, diligent and thorough. She expresses great client care skills & empathy in such difficult times. She showed expert knowledge, strength of will and determination throughout my divorce which resulted in a very satisfactory outcome. For that I am most grateful. I would have no hesitation in recommending Helen in any divorce proceedings with the aid of her support team too.
Mrs O
Thank you for the support during my divorce. I am now in a much better place, in all senses. Your support was very valuable psychologically, and was a key element of my survival in the last 12 months.
Mrs L
Helen Miller shows outstanding commitment to her clients.
Legal 500
Helen Miller is a credit to the Stowe Family Law Team! She continually supported me throughout a litigious private child law matter, in which I acquired everything I wanted from the Court, and much more. The shared care arrangements that are now in place are testament to Helen. I would have no hesitation in recommending Helen to anyone that finds themselves in a family dispute. I write this as a very very satisfied customer, and Lawyer... Stowe Family Law are very lucky to have such a wonderful Lawyer working for them.
Mr W
Choosing a solicitor when going through a divorce is a very difficult decision. For anybody going through this agonising journey I make but one suggestion...Helen Miller. From the moment I spoke to Helen, I felt secure that she was the right person for the job. Not only her wealth of knowledge and experience, but her kind and empathetic manner put me at ease. Don’t be fooled, Helen is strong willed and will fight your case for you but she knows how to act with the other party to get the best outcome for her clients. Her suggestion of barrister, Simon, was also fantastic and both worked tremendously hard to achieve and secure a financial future for myself and my children. Thank you to Helen and all her colleagues at Stowe, I can not thank you enough for your help and support through the most trying of times.
Mrs C
”
Contact Helen Miller
Email
0161 926 1410

12 of the best books to help children cope with divorce

Freezing injunctions: can I stop my spouse from hiding assets?