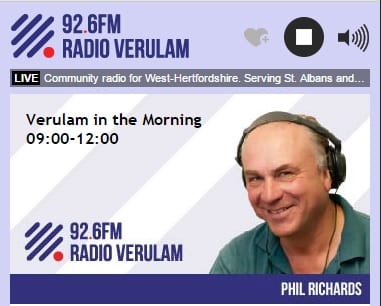 Claire McParland from our St Albans team appeared on local station Radio Verulam today for the regular legal Q&A slot on the Verulam in the Morning show. Host Phil Richards posed the following questions from listeners.

I would like to divorce quickly. What is the shortest time I can get a divorce in given me and my husband agree on how everything should be split?

Claire said a lot of people are under the impression, wrongly, that you can get a “quickie divorce” if everyone agrees. However, there is a legal procedure set by the courts that must be followed. There is no way to shorten this unless there are special circumstances. Typically, Claire suggested 4-6 months on average is how long it would take, but of course it will take longer if there are disagreements over children or finances. People think you can just go and sign on the dotted line but Claire explained this was not the case.

I bought a flat a few years ago with my girlfriend and I have recently split up with her, only to find that she had managed to con me into signing papers that gave her the whole property. I would like my half of the investment back so what can I do here?

Claire said that sounded very sneaky. She suggested this person needs to get specialist advice and look to claim as cohabitee, under the law of trusts – either express or implied. The latter can be either a written or verbal agreement. The person could bring a claim under the Trust of Land and Appointment of Trustees Act 1996, but this is a very complex area of law and would require specialist advice.

Phil asked: “Would the police be interested in terms of fraud?” Claire responded: “Potentially, it might be worth speaking to the police about it, but this would be out of my remit as it would be a criminal matter”

I have been living apart from my husband for two years and would like to finalise the end of our relationship with divorce. He says he doesn’t want a divorce and said he will refuse to co-operate. What can I do here to divorce him anyway?

Claire advised that there are five ways to prove an irretrievable breakdown of the marriage for divorce proceedings to be started, but three of these require two years or more of separation. Otherwise the options are adultery or unreasonable behaviour. Claire suggested that unreasonable behaviour be used as the grounds in this instance. The caller’s divorce which could be costly if contested, but this would be unusual, especially once the husband gets legal advice.

I wish to marry my girlfriend who says she has been divorced before in the UK. When I asked to see the divorce paperwork she became vague and I suspect the divorce wasn’t finalised. Can I check this?

There is no central register or divorce database so it would be difficult, only the girlfriend could get a copy of the decree absolute. When you get married you must supply the copy of divorce paperwork before you are allowed to go ahead, so Claire explained that the listener address it soon, rather than waiting until you speak to the registrars before the marriage.

I had a religious wedding some years ago that wasn’t recorded legally. Do I have to divorce before I remarry?

Claire explained that it is possible to get married in either a civil or religious ceremony. In each case, to make this legal it must be conducted by an authorised person and the marriage must be entered into the register and signed by both parties in front of witnesses. If these legal requirements are not satisfied then the marriage will not be recognised under UK law and there is no need to divorce before re-marrying. In this case it sounded to Claire as though no valid marriage had taken place. However, she recommended that this person get further advice to clarify what has happened and if the marriage is legal. If it is then they would need to be divorced before remarrying.

Phil thanked Claire for her advice and invited her to come back in a month’s time for more questions from listeners.

If you would like to have one of your questions answered get in touch with Radio Verulam via phone, email or social media.