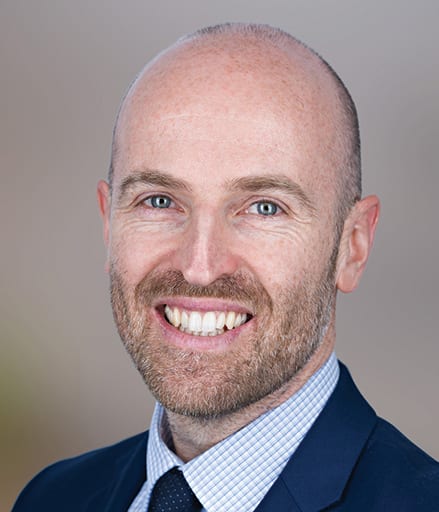 With my down to earth and empathetic approach, I ensure that my clients receive clear advice, support and guidance throughout their case. I work with commitment and energy to achieve the best possible outcome, ideally settling out of court. Jason works out of our Altrincham, Chester and Warrington offices

He advises clients in the process of divorce, civil partnerships or unmarried couples who have separated. His specialist area covers substantial matrimonial capital and income disputes. He also represents clients who require his help to draft detailed financial separation and pre-nuptial agreements.

Jason also has a wealth of experience advising clients in relation to general children arrangements, issuing emergency applications with regard to relocation of schools or child protection. Not only does he act for parents in dispute but has also represented grandparents in child access cases. He has also pursued and defended emergency protective applications following domestic abuse.

Jason qualified as a solicitor in 2001 having completed his Legal Practice Course at the College of Law in York. Following his qualification, he initially represented clients in a broad range of family law as well as civil disputes that included complex contentious Chancery work, Landlord and Tenant issues, neighbour/boundary disputes and employment law. He successfully established a litigation department at a legal practice in the Fylde coast and was appointed Head of Department before relocating to Manchester where he began to specialise in Family law.

Jason has a down-to-Earth and empathetic manner with clients.  Although he is robust in negotiations and as an advocate in court, he will explore all options for a client, including attempts to reach an out-of-court settlement if possible. He is adept at looking at the bigger picture, as contentious proceedings can be emotionally or financially draining, without compromising on detail.

Jason Stanley is ‘practical and approachable.’

Jason enjoys watching most sports and participates in triathlons, skiing and half marathons. He enjoys reading, is a DIY enthusiast and dedicated father to three children.

I made an appointment with Stowe Family Law as I needed advice as I had recently separated from my husband. Initially I had a free telephone conversation with Jason Stanley one of the partners followed on by a free and informative consultation which lasted for over an hour. Jason was very professional and informative and immediately put me at ease. I gained a lot of information during this time. I have since appointed Jason as my solicitor where I have found him thorough and prompt when responding to queries and emails. I would definitely recommend Jason if you are seeking legal advice regarding divorce proceedings.
Client: Ms D
A divorce with very young children left me in perhaps the most vulnerable situation I have experienced in life to date. If ever there is a time in life one needs a very qualified professional to be not only very qualified and professional, but to also be infinitely human, then this is the time. That is what I found in Jason and what has helped so much, whilst working through what was inevitably always going to be a painful process. Jason has a manner that is unfailingly calm and reassuring which has been invaluable in trying to navigate the stormy seas of separation. He was approachable from the outset and always mindful and accommodating of my young children. The process of divorce is never going to be pleasant, that goes without saying but Jason has a knack of finding a sliver of humour even on the darkest of days and sometimes that particular skill is as much appreciated as the level of expertise provided.
Client: Mrs T
I can't thank Jason Stanley and the Stowe team enough. Stowe handled my divorce both sensibly and cost-effectively, so when I needed help with Child Arrangements I naturally called Stowe. Jason gave sensible advice, which has given me the right outcome without incurring a huge cost. Communication was always clear and compassionate, and I was aware of all the options at each stage. I wouldn't hesitate to recommend Jason and the Stowe team.
Client: Mrs M
Jason has been a tremendous support throughout my divorce, taking me through the process and guiding me through every step. He was instrumental in choosing a barrister that I feel will be a good match for my husband's aggression and arrogance. Jason has also provided solid guidance on what is and isn't relevant to the court. He is empathetic and extremely professional in all that he does.
Client: Mrs L
I would like to say a personal thank you for your help during this difficult time in our family’s life. Jason you have a very patient, understanding and tenacious way about you, but you were able to be a tactical Rottweiler all at the same time
Client: Mrs P
I have recently been through a stressful divorce which I put off for a long time for fear of the outcome. When I was introduced to Jason Stanley I knew straight away I would be in safe hands. His calmness and empathy immediately put me at ease. With his extremely professional approach to my case and his knowledge of the law, he explained the whole case scenario in terms that I could easily understand. Whenever I had a 'wobble' Jason was there with his rational and studied advice which saw me through to resolution. From entering Jason's office to leaving the court with a very positive outcome - he was there every step of the way. Not only does he possess an extremely sharp legal mind he is an extremely nice person and that made all the difference. I would thoroughly recommend Jason to anybody.
Client: Mrs M
Professional service. Mr Stanley is very skilled and knowledgeable, I am very pleased I chose Stowe family law to deal with my case. I would highly recommend this firm.
Client: Miss N
After finding myself in a difficult situation with my ex-partner Jason Stanley from the Altrincham office was recommended to me by a friend. I really cannot fault Jason in the way he handled my case. What could have potentially dragged on for months with letters going back and forth, Jason's 'no messing' approach quickly brought the dispute to an end and with the result I wanted. I cannot recommend him highly enough.
Client: Mr B