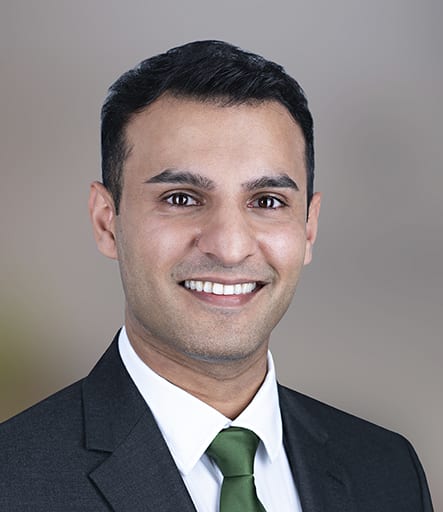 Recognised as ‘excellent’ and ‘thoroughly professional’ by the Legal 500, I have extensive experience in all areas of family law and consistently strive to deliver the best client service in the most expedient and cost efficient manner. As a Sharia Family Law and divorce specialist, I am often instructed in complex cases by Muslim clients from around the world.

Kaleel practises in all areas of family law, with a particular emphasis on divorce and financial remedy proceedings. He has advised celebrities and members of the Royal family (outside the jurisdiction of England and Wales) and dealt with cases involving a wide range of issues, including the ownership of multi-million pound businesses and company assets, pre/post-nuptial agreements often involving an international element.

He previously headed the Islamic Family Law division within an international firm at their offices on Chancery Lane in London and Manchester to provide a bespoke, holistic family law service tailored to Muslim client needs.

He has a particular interest in and vast experience of cases concerning the Sub-Continent (South Asia), the Middle East & East Asia.

Kaleel is able to advise clients in Urdu, Hindi, Punjabi and Pathwari languages, in Manchester, Preston, Stockport, across the UK and overseas.

Kaleel is regularly instructed for cases held in the High Court relating to child abduction matters and cases concerned with the international movement of children, Hague and non Hague, Inherent Jurisdiction, Wardship, and Brussels IIR.

Kaleel approaches cases with empathy and an amicable agreement. Where this isn’t possible he is a robust and firm litigator to ensure the best outcome for his clients.

Kaleel was educated at Balderstone School and Liverpool Law School. He was a Peter Ogden Trust Scholar and prior to relocating to Manchester worked at a top City firm on Chancery Lane in London specialising in family law. He has worked in family law for 10 years and qualified as a solicitor in 2012.

Kaleel has a keen interest in theatre and the arts. He has performed at the Royal Opera House and many other prestigious venues in and outside of London. He is also a fellow of the Royal Society of Arts and an associate artist with the BBC.

Kaleel was instructed by one of the parties in the case of: Harrow v A [2014] EWHC 303 (Fam) which has been internationally reported by the press.
He has also worked on various highly confidential cases involving celebrities and members of the Royal family outside of the UK.

I spoke to Kaleel Anwar in relation to a family law issue and he was very kind, understanding and gave not just great legal advice but also practical advice. He understood my issue immediately and tackled the issue without fuss. Would definitely recommend.
Client: Mr D
I am so grateful for your hard work through this difficult situation. My divorce has been traumatic and shook my world but you kept me together and held my hand through the entire thing. I am eternally grateful for your commitment to my case.
Client: Mr B
Kaleel was exceptional from start to finish. He put me at ease straight away. He has been incredibly attentive to everything I discussed with him throughout the process. I have already recommended him and wouldn’t hesitate to do so again.
Client: Ms G
As you know, I am a private person and find it quite hard to talk about something as personal as my relationship and children. You have dealt with the most personal aspect of my life with professionalism and empathy. Thank you, I am so pleased to have had you on my side.
Client: Mr W
I changed my previous solicitor and had her replaced by Kaleel, who was recommended by a friend’s friend. He is an excellent solicitor. He goes beyond his profession to be sensitive and supportive towards his clients. For example, he would respond to my messages and calls immediately, the same day. My dad is 84 years old. Kaleel always ensured that he was comfortable and patiently re-explained the law, without any extra cost. His secretary, Sam is also very prompt at responding to messages. She, too, is very friendly, sensitive and helpful. Something that means so much during a divorce. On many occasions, she has gone beyond her job to provide my dad and I with support by ensuring we were comfortable at the office. I would highly recommend this team. They are truly unlike the commercial and insensitive solicitors. Both Kaleel and Sam have been professional and supportive. I wish them both the very best and would highly recommend them. Trust me, I’m a teacher!
Client: Nivi Paul