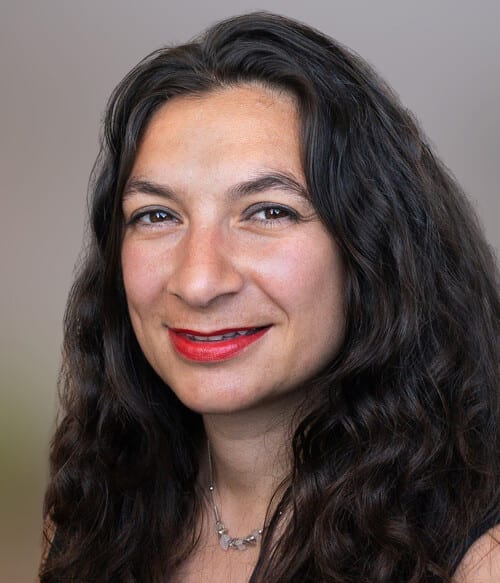 My approach is professional and empathetic, I advise on all areas of family law including divorce, the settlement of finances on separation and cohabitation matters.

Yanoulla advises on all areas of family law including divorce, the settlement of finances on separation and cohabitation matters.

Yanoulla undertakes a variety of private children and international children law cases. She has represented parents and other family members at all stages, from initial advice through to the High Court and the Court of Appeal. She has substantial experience in very complex cases. She has represented parents on international relocation cases, abduction and those seeking to prevent the removal of their children. She also regularly represents parents and other family members in disputes about where a child lives, how much time they spend with each parent or other family members as well as decisions regarding a child’s religion, health and schooling.

She has also successfully represented those in cases involving parental alienation and fabricated allegations of abuse.

Yanoulla qualified as a solicitor on 1 November 2011. She originally trained as a barrister at one of the most prestigious law schools, the Inns of Court School of Law. She qualified as a solicitor whilst working and training at a London top-rated legal 500 law firm with an excellent reputation in family law and human rights. Prior to joining Stowe, she worked in a highly regarded family law team rated as tier 1 by the Legal 500.

Outside of her role as a solicitor, she has volunteered as a Family Law adviser for Gaia, a charity for women, girls and men experiencing violence and abuse, providing face to face legal advice to victims for several years. She has provided legal training to various domestic violence charities and support workers. She also volunteered as a Family Law Advisor and Mentor at the Citizens Advice Bureau.

She has represented and advised special guardians, kinship carers and adopters to ensure that they are provided with the appropriate support moving forward and by doing so ultimately improving the chances of the child’s placement being successful.

She prides herself on offering all clients, regardless of the complexity or the merits of their cases, the highest standards of client care. Yanoulla understands that her clients may be going through one of the most stressful times of their lives. She is approachable and sympathetic but always professional and will try to achieve the best outcome possible for clients whilst offering realistic and well thought-through advice.

Yanoulla is a member of Resolution, a network of lawyers committed to achieving the right outcome for families in a constructive way whenever possible. Yanoulla is also passionate about achieving equality and diversity in the legal sector and judiciary. She is an active member of Resolution’s Equality, Diversity and Inclusion Committee. She is also a member of Women in Family Law, a network supporting women in family law across England and Wales.

Re L and B (Children: Specific Issues: Temporary Leave to Remove from the Jurisdiction: Circumcision) [2016] EWHC 849 (Fam)

Yanoulla represented the father in his application for temporary leave to remove and to seek the court’s permission to circumcise his sons.

Yanoulla enjoys spending time with her family, playing hockey in the Kent Premiership and travelling. She also enjoys writing and has contributed to the second edition of 101 Questions Answered About Separating With Children and she has written for the Transparency Project.

Yanoulla is a real asset to the team, very helpful and knowledgeable and does not make you feel rushed at all
Client: Osaid Ayoubi